Terror attacks, illegal immigration, unemployment, loss of life, racism, are a few of the global reasons that have led to a worldwide rise of right-wing parties to power over the course of a couple of years.

Rewind about a year, and Donald Trump was just an eccentric billionaire in the Republican primaries, Nigel Farage and the UKIP were still appealing to the common man to leave the European Union, and The French National Front and Marine Le Pen, riding on anti-immigration were looking at a successful run in the upcoming election. 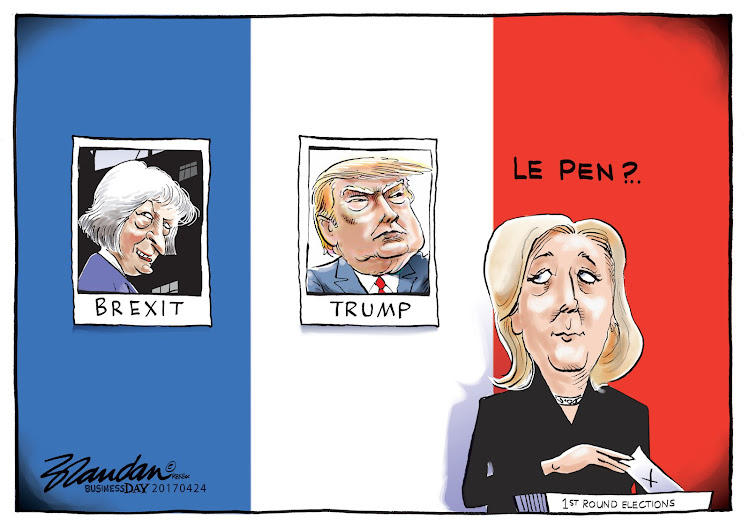 Trump did win the Oval Office, and UKIP successfully got Britain to leave the EU. Marine Le Pen did come close, but lost out to Emmanuel Macron and the new progressive En Marche!

What is common among the three situations? Though these populist right-wing parties are all not similar, they have all positioned themselves smartly between the center right and the extreme right. They all share a flavor of nationalism to prioritize the citizens plainly visible in their slogans, from Farage’s “we want our country back” to the Austrian Freedom Party’s guiding principle, “Austria first”, to Trump’s swaggering promise to “make America great again”.

Analysts didn’t expect this, neither did we.

Both, the victories of Trump and Brexit can be attributed to a similar set of sentiments shared by the citizens of Britain and the United States of America. The Americans’ feelings resonated with Trump’s call for “building a wall”, and Making America Great Again, and the UKIP in Britain, claiming a huge additional budget to citizen welfare and healthcare using the money if Britain left the Union.

Trump hasn’t really gotten around to building his wall, and the Britons are now already regretting triggering Article 50, amidst calls for a second referendum, that could maybe see Brexit overturned.

On the other hand, France may have tried to quit the EU, had Marine Le Pen and the nationalist conservative National Front won in the Presidential elections. Fortunately for Europe, they lost by a landslide to Emmanuel Macron and his newly formed ‘La République En Marche!; a social-liberal party, and a progressive movement, uniting both the left and the right.

France had enough reasons to see a rise of nationalists calling for a halt of immigration, with about 15 terror attacks in the past year, sending it to a state of emergency, almost ushering in a police state. As of 23 July 2016, almost 3,600 houses had been raided under the state of emergency, leading to more than 400 arrests, the seizure of more than 500 weapons including 40 war weapons, and four or five of these raids led to a terrorism-linked judicial investigation. Some Muslim rights groups criticized the raids as unfairly targeting French Muslims, especially those of North African descent, claiming that they are conducted with little concern for civil rights.

In February 2017 when President-elect Emmanuel Macron visited Algeria, he condemned France’s colonial past, calling it “a crime against humanity”, a comment that upset the far-right. A far-right that won Le Pen more than 30% of the votes. The polling saw about 1 in every 4 citizens not voting, and 1 in 10 voters submitting an unusable ballot, the highest level ever recorded in France, and twice as high as the last presidential election. That leaves just two-thirds of French citizens who wanted to vote for one candidate or the other. Hence the fact that two-thirds of them voted for Macron stills leaves him quite a bit away from majority approval among eligible voters.

This shows that the National Front is not going away, and neither are the issues that fueled its rise. At 10 percent, unemployment is twice as high as in Germany, the Netherlands, or the U.K., and Le Pen’s Gaullist nostalgia hit home in France’s smaller towns and cities.

Marine Le Pen’s vow to stop immigration into France, and put its own heritage as a priority was supported by the masses troubled by constant terror attacks, mostly Islamist in nature. Following Brexit, even France could’ve followed suit if Marine Le Pen had her way, pledging to introduce protectionist policies. She wants to deepen “great power” relations with Russia and the United States, as she focuses on defending “traditional” Christian values and fighting terror.

End of Europe as we know it.

If the France too were to leave the EU, it would signal the end of the Eurozone, the Schengen Area and the Euro as we know it, leading to a rise of ever-strengthening nationalist sentiments and movements spread across Europe. Many of these movements in countries like Netherlands, Austria, Hungary and Germany have garnered a lot of public support, with Geert Wilders and his Party for Freedom becoming the second largest party in the Dutch parliament in this year’s elections.

Germany enters federal elections during September, and Chancellor Merkel campaigning for a fourth term to be the most powerful woman in the world faces a stiff challenge from the Alternative für Deutschland, led by Alexander Gauland. Within 4 years of its inception, the AfD has gained representation in 13 of the 16 German state parliaments, and support polls put it at around 10-15%.

The French President-elect Emmanuel Macron too focuses on winning the majority in the Parliament, with La République En Marche! during the upcoming legislative elections, much like his landslide victory in the presidential elections.

The EU survives, for now, and focuses on handling the original crisis surrounding Brexit.