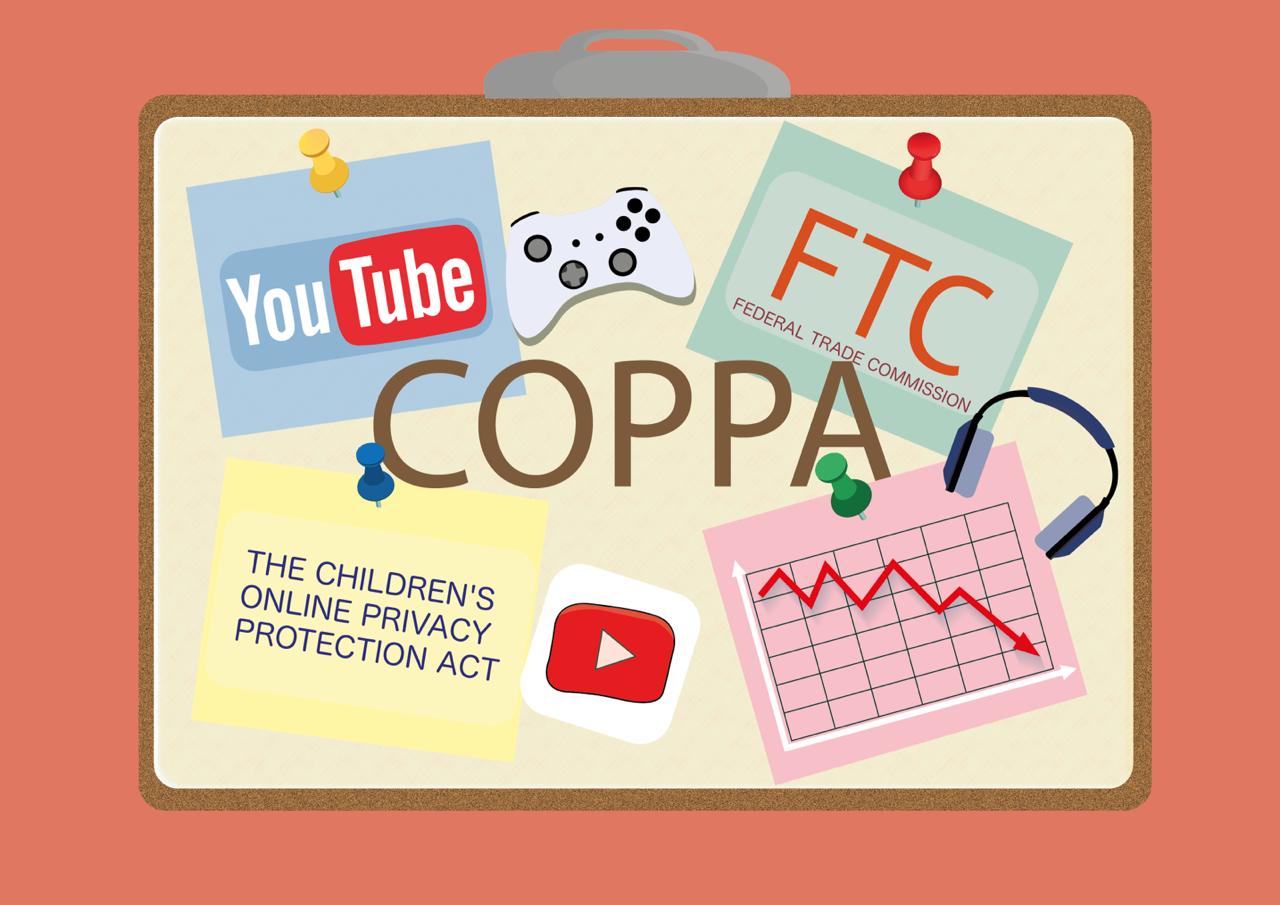 The Children’s Online Privacy Protection Act or COPPA is a US Federal law that deals with the privacy of internet users in the US. It was enacted on 21 October 1998 and was made effective from 21 April 2000. The act imposes specific requirements on operators of websites and online services directed to protect children under the age of 13 online. While they can legally give out personal information with their parents’ permission, many websites– particularly social media websites– disallow children under 13 from using their services altogether due to the cost and work involved in complying with the law. COPPA requires that site operators provide full access to all user records, profiles and log-in information when the parent requests it. Although COPPA does not explicitly define how parental consent should be gained, the Federal Trade Commission (FTC) has established guidelines to help website operators ensure compliance with the act, such as:

The FTC applies penalties for non-compliance ranging up to $11,000 per incident. Although the financial penalty is stiff, a business that failed to comply with the law would likely suffer even worse consequences due to negative publicity. However, compliance is complicated– the difficulty comes from the requirement of verifiable consent from a parent. After all, how do you obtain verifiable parental consent in an online environment where the children probably know more than the parents?

Many businesses have said that COPPA compliance is expensive. Some of the significant costs of compliance include employing staff to compose and maintain the online privacy policy statements and hiring attorneys to review policies. Experts estimate that these costs would amount to 50 cents to $3 per child interaction. Faced with such potential costs, some sites are forced to limit access to children over the age of 13.

On 12 November 2019, the Federal Trade Commission announced that even though YouTube had agreed to COPPA a couple of years ago, the online privacy of children below thirteen was not guaranteed. The FTC stated that all YouTube channels and videos would be classified, whether it was child-friendly or not. If every YouTube video did not have a clear distinction for its audience, the video would be taken down by FTC along with charges fined to the owner of the video.

As the FTC stated that YouTube’s owner Google did not abide by COPPA’s laws, Google was fined $170 million for the settlement of the investigation. “They should levy a fine which both levels the playing field and serves as a deterrent to future COPPA violations. This fine would do neither,” Josh Golin, executive director of coalition leader the Campaign for a Commercial-Free Childhood made a statement. He also added that YouTube earns about $150 million to $200 million for two to three months from its advertisement revenue.

To make all necessary changes of mentioning “meant for kids” and taking down videos inappropriate for kids FTC said they were giving time until 1 January 2020 to all YouTubers. According to the agency, up to a fine of $42,530 per violation per child may be charged to the law violators depending on the various applicable factors.

It is essential to note that websites, apps and online services collecting information from children must obtain verifiable parental consent. Parents must be notified, along with their consent, in case children are entering the site of the websites. Standard features including, birthday cards/ wish lists, email subscriptions, multi-players chats, user-generated content (including photos and videos), accounts with personal information and third-party tracking, all require consent from the parents. Creators on YouTube will now have to specify whether their content is made for kids. Child-directed content is defined as content that has children characters, animated characters, toys, popular children’s songs or poems, and has language intended for children to understand, among other things. Videos which are directed towards kids, but not necessarily have them as their primary audience will still be categorized as child-directed. These videos will be classified as “mixed-audience”.

For videos and channels that are categorized as being child-directed, viewer engagement is going to be substantially minimized. Likes and dislikes for the video will be hidden; comments will be disabled; subscription lists won’t be available for the audience to see. The viewers won’t be able to save a video marked as kid-friendly into their watch later list. What’s more, is that kid-directed channels will not have a Community tab anymore. According to the new rules, YouTube now treats any viewer watching kids’ content on the platform as a child, regardless of their actual age.

Probably the worst news for creators is the fact that under COPPA, the FTC is entitled to sue the creator for $42,530 for each video that is deemed inappropriately marked as kids– or not-for-kids– content. This is undoubtedly an extreme step and something that would potentially be a life-changing incident for a small creator.

The FTC has been rigid with the children’s security. The enforcement of the Children’s Online Privacy Protection Act in 2000, FTC did thorough investigations with various companies and fining them with massive amounts.

YouTube has announced that it will use machine learning to implement a system that will detect child-friendly videos and identify them as such without taking into consideration what the creator has classified them as. However, creators have the right to overrule this classification.

Youtube serves as a source of income for both YouTube video makers and advertisers. Videos with the tag “made for kids” will no longer have ads playing alongside them. A viewer of a child’s video is considered as a person of age below thirteen, irrespective of the real age. Therefore, ads targeting children does not reach the expected audience. The advertisers suffer significant losses as the videos they are showcased on, are taken down from the server. However, the YouTube channels that portray kids’ content does not entirely lose its liability to serve advertisements. The ads can reach non-targeted audiences.

CEO of YouTube, Susan Wojcicki announced that “YouTube will continue investing in the future of quality kids, family and educational content,” by investing a $100 million fund for the innovation of “thoughtful, original children’s content”. Further economic-based declarations cannot be made without the analysis between the revenue generated by targeted and non-targeted ads.

How Creators Have Been Affected

Overall, this rule change is a move that has shocked creators around the globe. Various petitions have been started, some of which have several thousand signatures already. It is a move that has understandably left creators disgruntled. Deviating from its original purpose of serving as a platform for creators to express themselves, YouTube has adopted a more commercial approach intended to increase their profit margins in recent years. This move serves as a good reminder that creators are no longer the protagonists in the YouTube system. In fact, they are the single most marginalized group of people associated with YouTube.

On 4 October 2001, Monarch Services Inc., Girls Life Inc., and LookSmart Ltd. marked the first civil penalty cases FTC brought under the COPPA Rule fining them with $500,000. Since then, many companies were penalized for violating the Law including Bonzi Software, Hershey and Sony BMG Music. Musical.ly (TikTok) is the most significant case ever issued in a child’s online privacy. And now, Google’s YouTube seems to have crossed the bar.

COPPA law has influenced countries such as India and the UK to focus on online child privacy protection.

In a world where an increasing number of children are allowed unrestricted access to the internet, it is imperative to focus on the protection of their data, privacy, security, and the type of content available to them. On the other hand, it is of the utmost importance that the livelihood and security of creators that form the backbone of the YouTube ecosystem is not affected. It should be the priority of the FTC to ensure that the rights of creators are not exploited, whilst also enforcing the COPPA rules.

—Written by Kaavya, Rushil, Arshad and Vaishnavi for MTTN