Society is a human construct, a combination of an animalistic instinct to live in herds or packs and purely imaginary sets of rules and ‘acceptable behaviour’. This often trickles down into ideas of right and wrong, which eventually lead to differing opinions. However, when one view causes genuine harm to an entire section of the society, does it still count as an opinion or has it escalated into narrow-minded tyranny?

Historically, India was a patriarchal society that viewed women as property. A woman belonged to either her husband or her father, and she was expected to uphold every moral expected of her in order to conserve her family’s reputation. Over time, laws have changed, and legally, women are every bit as essential and have exactly the same rights as men do. However, minds are shaped not by facts, but by attitudes which are passed on through generations.

Though most of the world has significantly improved, even today, there exist conservative mindsets that judge girls more harshly than boys. Even when both make the same mistakes, girls are given harsher punishments. While the female gender rightfully asserts the folly of such sexist mindsets, it is important to note and understand the opinions of those who remain unaffected by these issues. When it comes to Manipal, this demographic primarily comprises male students.

In Manipal, both boys and girls have an in-time of 10 pm for first-years and 11 pm for the rest. Hostel authorities do tend to have a sharper lookout for where the female students go when they ask permission to leave, yet everyone has the same rulebook. We also do not have any sexist dress codes, barring the requirement of ‘formal clothing’, which is again universal. This observation is seconded by a student, who notes, “The 11 pm perm is reasonable. The strictness is required, and it is definitely not as strict as other colleges.” Another adds, “I have friends who have to be in at 6:30 pm while the guys can stay out till 11 pm. I don’t think hostels are stricter for girls here. Manipal itself is a safer town than most, because of its closed environment that is mainly comprised of students.”

The safety of Manipal is something that everyone agrees about, and this is generally attributed to the student population, indirectly implying the positive effects of education and exposure on mindsets and attitudes. The contrast in safety levels between larger cities and Manipal is quite well recognised, with students citing the alarming prevalence of harassment in other cities.

The Manipal populace is thus considerably better off than most other colleges in India, where students are subject to all kinds of injustices. On the academic side, an earlier perm time often leads to less professional interaction and girls being side-lined, but it must also be viewed as a precursor to victim-blaming. If a girl stays out for the most innocent of reasons and an unfortunate incident were to happen, the authorities would immediately dismiss the case as the student broke the rule in the first place. Other parts of the country also enforce strict, male-centric dress codes, reinforcing the idea that a woman’s education is secondary to a man’s, and that a woman’s actions are responsible for everything that she ‘invites’ on herself. 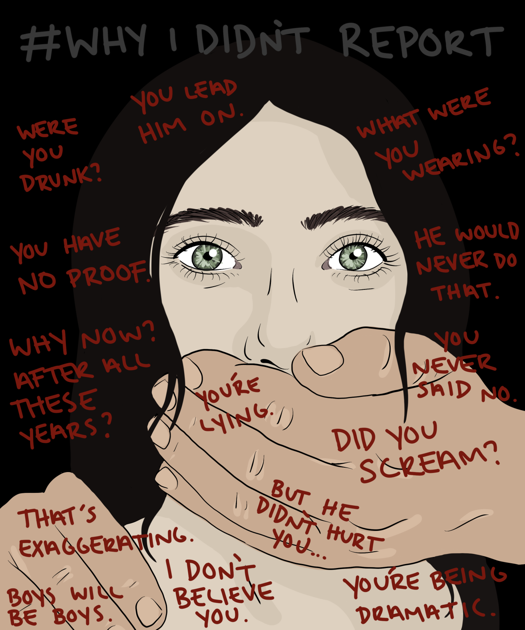 This is highly visible in a very important influencing factor in the creation of a general perception of the ongoing situation of women’s safety — the infamous phenomenon of victim blaming. This is the natural psychological reaction to a crime, which occurs when the victim is held responsible, either partially or completely, for the crime the harm that they were caused.

Whenever someone defaults to questioning what the victim could have done differently to prevent the crime in the first place, they indulge in the endorsement of the culture of victim-blaming. While victim blaming is universal in terms of the nature of a crime, it has the greatest impact on the victim’s position in the case of rape and sexual assault.

The biggest factor that promotes victim blaming is the whole concept of self-preservation. When people start thinking about what they could have done differently in order to evade the harm that befell the victim. People blame the victim to distance themselves from an unpleasant occurrence and thereby confirm their own invulnerability to the risk. By labelling or accusing the victim, others can see the victim as different from themselves. Especially in a country like India, where people choose to conform by the “binding values” that their cultures promote. These false ‘morals’ lead them to believe that the sole purpose of the female gender is to procreate and uphold a family’s ‘honour’. Women are thus told repeatedly to dress less provocatively, drink less alcohol, and not put themselves in risky situations. This proliferates the belief that women are at fault when they are attacked and leads to a lack of accountability for men.

This rather ambiguous thought process, intentional or unintentional, governs the perpetuation of Rape Culture in the nation today which thereby creates a society that disregards women’s safety and rights.  Rape Culture affects every woman.  The rape of one woman is a degradation, terror, and limitation to all women. Most women and girls limit their behaviour because of the existence of rape. Most women and girls live in fear of rape. Men, in general, do not. That’s how rape functions as a powerful means by which the whole female population is held in a subordinate position to the whole male population, even though many men don’t rape, and many women are never victims of rape.  This cycle of fear is the legacy of Rape Culture, and the element that preys on the minds of the affected women today is victim blaming. This act preys on the minds of women in such a way that prevents them from reporting a genuine act of crime against them. It makes them more vulnerable to psychological trauma and self-esteem issues. This is the reason there has been a lag in the progress and success of movements such as #MeToo, primarily in patriarchal societies such as India and Indonesia.

While it is also true that there has been a manhandling of situations like these in terms of false reporting of crime against women, 2-10% of rapes are false reports, it is important to realize that this should not create a hindrance for women to feel safe in the world out there at large. The blame on the victim should not be generalized. It is important for us to grow together in a society and create a safe haven for everybody, regardless of their gender, a place they can call home.

Written by Radhika Taneja and Ankitha Giridhar for MTTN

Featured image by Ishika Somany and Samara Chandavarkar for MTTN